By the end of spring 2020, the community at Nixon Elementary — a K-6 school on Chicago’s Northwest Side — was tired. Due to repercussions from COVID-19, families were stressed, students were fearful, and teachers and administrators were doing whatever they could to make sure young people felt supported in their learning and in their social, emotional, and physical wellbeing.

Ms. Olga Preciado, a CIS of Chicago Student Supports Manager based at Nixon, took many of these challenges in stride. She held space for school staff, reached out to students on her caseload, and coached families through loss and grief. She also leaned on CIS of Chicago community partners, like Catholic Charities and Rincon Family Services, to provide bilingual mental health services to families in need.

At the start of summer, Ms. Preciado knew that her students needed activities that helped them process the trauma they were experiencing and encouraged them to unwind, destress, and connect with their peers. She sent a survey to her students through Google Classroom asking them what they would be interested in — art, movement, or even virtual game play. Ten girls responded, and the consensus was unanimous: the students wanted to make art and see their friends.

Since none of the students had experimented with watercolors before, Ms. Preciado selected watercolor as the medium for her newly formed summer Art Group. She purchased notebooks, brushes, and bags for the participants and delivered them to Nixon for the girls to pick up. Then each week, she hosted sessions on Google Meet and identified a different emotion for the students to explore. 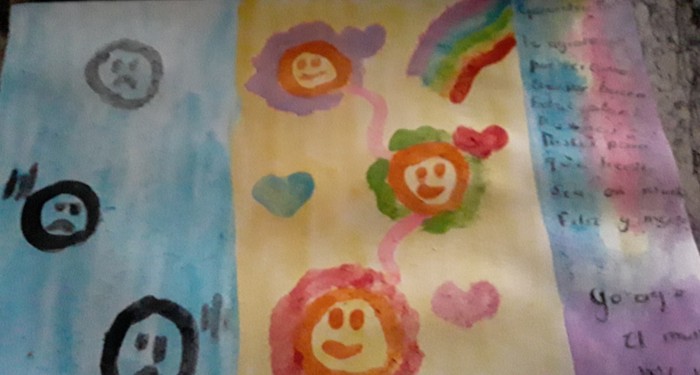 To begin Art Group, Ms. Preciado chose an emotion that was weighing heavily on each of her students — fear. From sickness to death and everything in between, Ms. Preciado knew that her students were overwhelmed with uncertainty. She had the students close their eyes, imagine things they were afraid of, and picture the colors that these fears brought up. Then, she had the students express those colors, images, and emotions through watercolor. 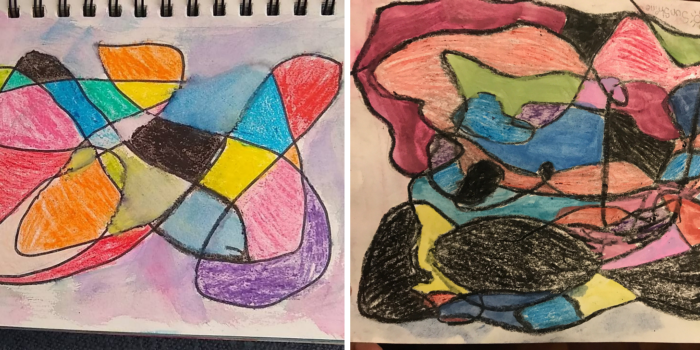 During the first session of Art Group, the students had their cameras off. Ms. Preciado couldn’t rely on responding to the students’ body language, like she could during a normal school day. She also couldn’t see what they were painting or even how they were interacting socially. Instead, Ms. Preciado had to think of creative ways to encourage the students to express themselves verbally or through the chat box.

She asked the students friendly questions about how they were doing, what emotions they were feeling, and how their paintings were progressing. She also painted along with them — and commented on how her work of art was developing. By the third week, the girls were chatty, Ms. Preciado said, and by the fifth week, most of them had their cameras turned on. They wanted to share what they had created with their peers. The stress of group work in the virtual world had dissipated. 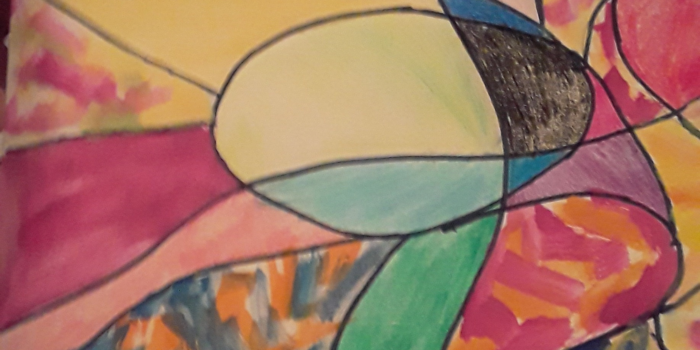 For one fifth grader, Art Group provided a space where she could be creative and even develop her leadership skills. Ms. Preciado encouraged her to take the lead during the fourth week and guide the group through an emotion of her choosing. The fifth grader chose happiness. She shared that she had been struggling with her mom and decided to write her a note expressing how she felt. This release brought her joy, happiness, and peace, and she conveyed these emotions through watercolor. 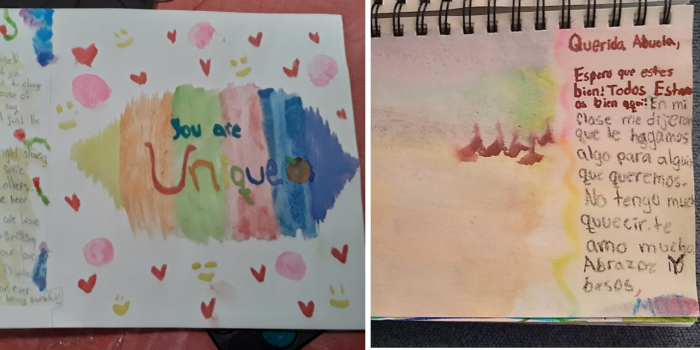 For Art Group’s final session, Ms. Preciado invited her colleague and fellow Student Supports Manager Ms. Maria Torres as a co-facilitator. A trained dance instructor and dance therapist, Ms. Torres incorporated movement into the session. She encouraged each student to verbalize an emotion they were personally feeling and express that feeling through the colors, shapes, and speed of their paint strokes. Then, they used the paintings to inspire movement.

Each student took a turn moving and dancing, and the other students mirrored that movement in Google Meet, with their cameras on. “The group was very inviting and open to participating, even though they had never met me before,” Ms. Torres said. “It was so much fun and a pleasure to be a guest.”

Ms. Preciado’s Art Group gave her elementary students a space to process everything they were experiencing during a tumultuous year, but it also allowed them to reconnect with each other. According to Psychology Today, art expression has numerous benefits for children. It allows them to communicate non-verbally, it improves their ability to self-regulate and calm the body and mind, and it encourages their storytelling and creativity.

Art therapy also helps young people build an important connection between themselves and a caring adult, like Ms. Preciado. One student in Art Group had experienced the devastating effects of her whole family sick with COVID-19, and the group created a space where she could process her fear and grief. Her mom called Ms. Preciado at the end of Art Group and shared that the sessions were extremely healing for her — and that she’s still painting on her own.

This fall, Ms. Preciado plans to build on the success of her summer Art Group and create a more robust outlet for students to express themselves through art, conversation, and movement. With remote learning still in full swing, the tactics that she used to engage her students in learning and self-expression will prove more vital than ever. 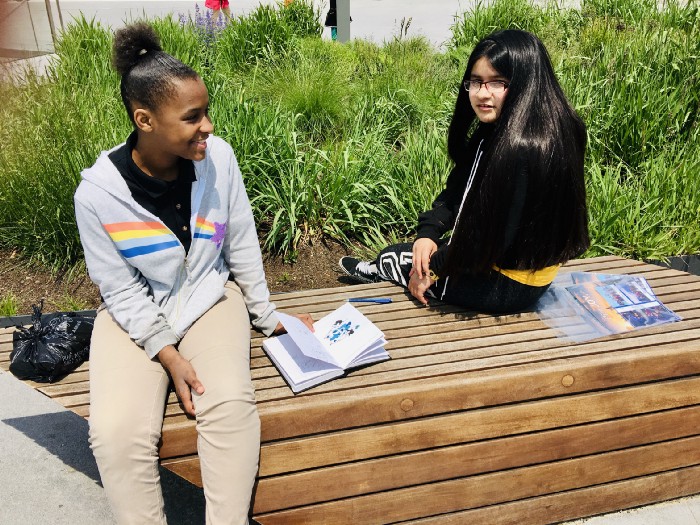 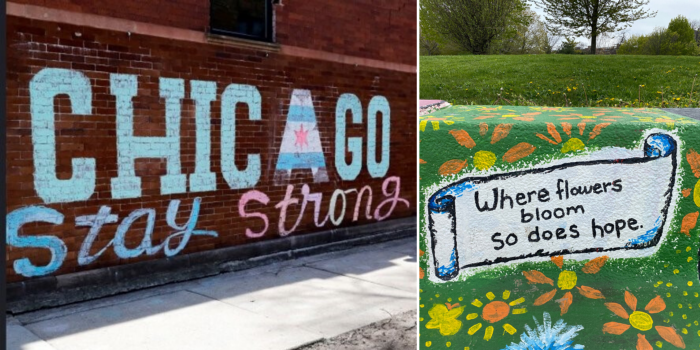 Supporting Students In Schools and Beyond