Reflections from Graduation: Memories and More from Our CIS Team

Communities In Schools of Chicago is dedicated to promoting high school graduation across the city. We support students in more than 170 schools to ensure they stay on the path to graduation and life success. As this year’s commencement celebrations get underway — in a year that has been challenging for students and school-based staff alike — our team reflected on our own paths to earning a diploma.

For some, graduation day brought a swell of emotions. For others, graduation brought hope and a sense of security for the path forward. Looking back on this pinnacle moment, CIS of Chicago team members reflected on how those hopes served as a launching pad for their careers and how they found joy in the journey.

On what it felt like to walk across that stage

“I felt a mix of emotions!” said Student Supports Manager Juanita Herrera. “I was the first person in my family to graduate from college, so I felt a sense of accomplishment, pride, and excitement. Getting to have my parents there to watch me graduate meant everything to me. My parents immigrated to the U.S. from Mexico and never received an education, so I felt very proud that I was the first to graduate as a Latina of immigrant parents.”

“When I walked across the stage, I felt very proud myself,” said Student Supports Manager Melisa Rodriguez. Melisa graduated from UIC in 2012 with a master’s degree in social work. “What interested me about social work was the change that I could make at an individual and at a community level,” she said.

“The day I graduated from Arkansas State University with a major in Early Childhood Education, I knew I was going to be teaching forever!” said School Partnership Specialist Kaila Davis. “I had it ALL planned out. I would go back and teach at my elementary school. Who knew, seven years later, after teaching three different grades levels at one school, that I would transition to my current role at CIS of Chicago. While still being connected to school communities, I found my footing from the ‘outside,’ while still being a part of a larger school community. Truth be told, I wish I had a partnership like this in my years of teaching!”

“I actually had a job working with elementary school students in a similar academic support space right after college,” said Freshmen Rising Coordinator Brian Broccolo, who graduated from the University of Michigan. “But I didn’t think I would be working with high school students until grad school. One of my internships was in a high school, and I loved it.”

“I didn’t think that I would be working with students, especially not in a school setting. I thought I would always continue my work in community mental health,” said Senior Student Supports Manager Stephanie Estrada. “I did always know, however, that I would work with young people in some capacity. I am so HAPPY that I get to work with students in my current role. There is so much potential in our students, and watching it unfold is so incredibly rewarding.”

“Even on the most difficult days, I get to reap so many rewards,” Stephanie said. “My students keep me on my toes, teach me so much about themselves and about myself, and challenge me in the best ways possible. Watching my students grow or pick themselves up when they fall is nothing short of amazing. I have the opportunity to make a positive impact on the lives of my students, while they make such a positive impact on mine.”

On advice they would give their younger selves

“I didn’t know what I wanted to do career wise (at the time of my high school graduation),” said Chief Resource Officer Marianne Woodward. “My advice would be don’t worry too much about knowing what you want to do with your life! It will unfold as it is supposed to. Young people feel such stress about knowing what they want to do long-term, and the reality is that very few people do know that. And that’s okay.”

“I had set my sights on being a physician yet was struggling with the fact that as high school progressed, even though I was doing well enough in my science classes, they were not my favorites,” said Field Supervisor Allison Brown. “My advice to that girl would be to trust your gut more and worry less about what others might think. It is hard in high school to separate yourself from wondering about others’ opinions. But leaning into and growing your own values and your own sense of self will take you further than anyone else’s values/judgments.”

Community Partnership Specialist Rishona Taylor graduated eighth grade from John H. Vanderpoel Magnet School, on the Far South Side. Her advice to her eighth-grade self, on the brink of transitioning to high school? “High school is another step in life that will bring new experiences, lots of friendships, and new challenges. Take chances and just be you,” she said.

“I graduated with a double bachelor’s degree in Psychology and Criminal Justice,” said Student Supports Manager Juanita Herrera. “I absolutely used what I learned from school in my role today by understanding the role that trauma plays on students, staff, and families. I’m also able to be empathic, have great listening skills, and prioritize mental health awareness in the school and community.”

“I went to University of Chicago’s School of Social Service Administration and graduated with a master’s in Social Service Administration (a.k.a. social work),” said Associate Director of Community Partnerships Karen Roddie. What drew her to that field of study? “I was interested in promoting mental health and wellness, as well as supporting the development of communities,” she said.

“I majored in Advertising/Public Relations,” said Donor Relations Manager Zindy Marquez. “I use the skills I gained on how to communicate an organization’s message, how to make visually appealing materials, and how to maintain and build relationships in my current role. To my surprise, a lot of the skills in Advertising and PR were easily transferrable to Development.”

Even years later, memories of graduation day remain strong for our CIS of Chicago team members. On behalf of our entire organization, we wish all current graduates much success and happiness on their journeys ahead. We know that the path forward may seem daunting or murky, but as our Chief Resource Officer Marianne said, that’s okay. The hard work and determination you demonstrated to reach your graduation will surely help guide you. 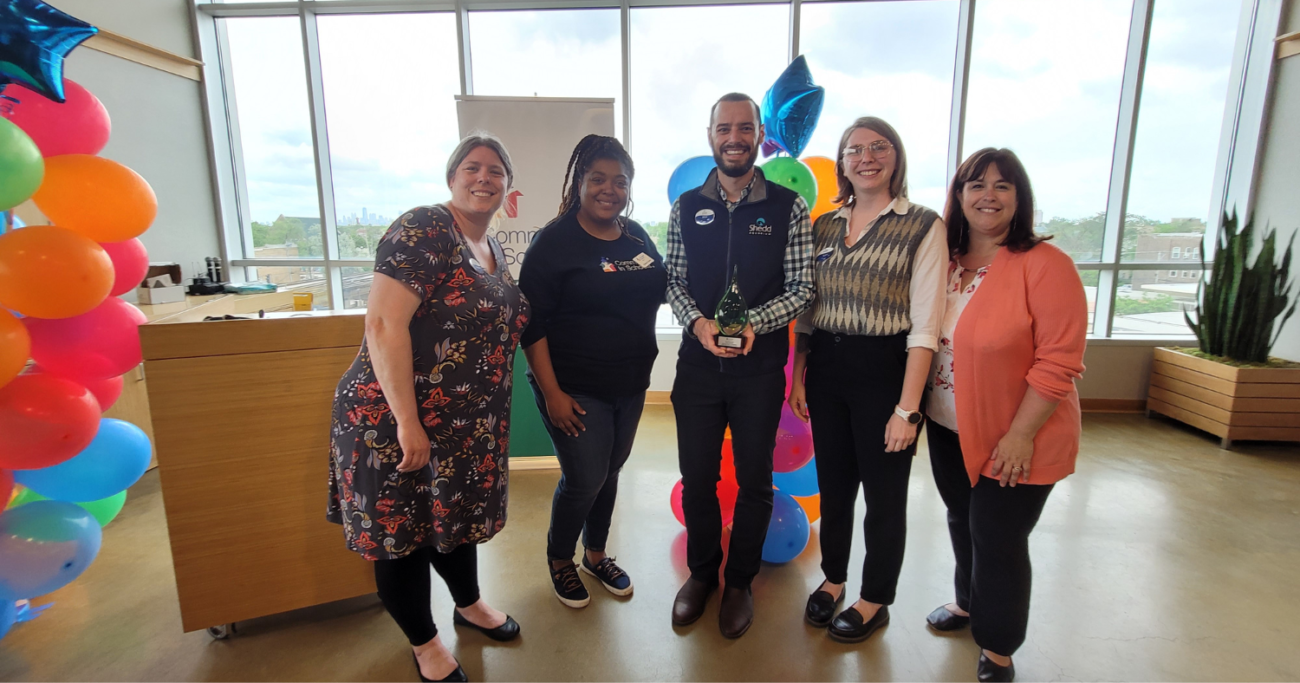 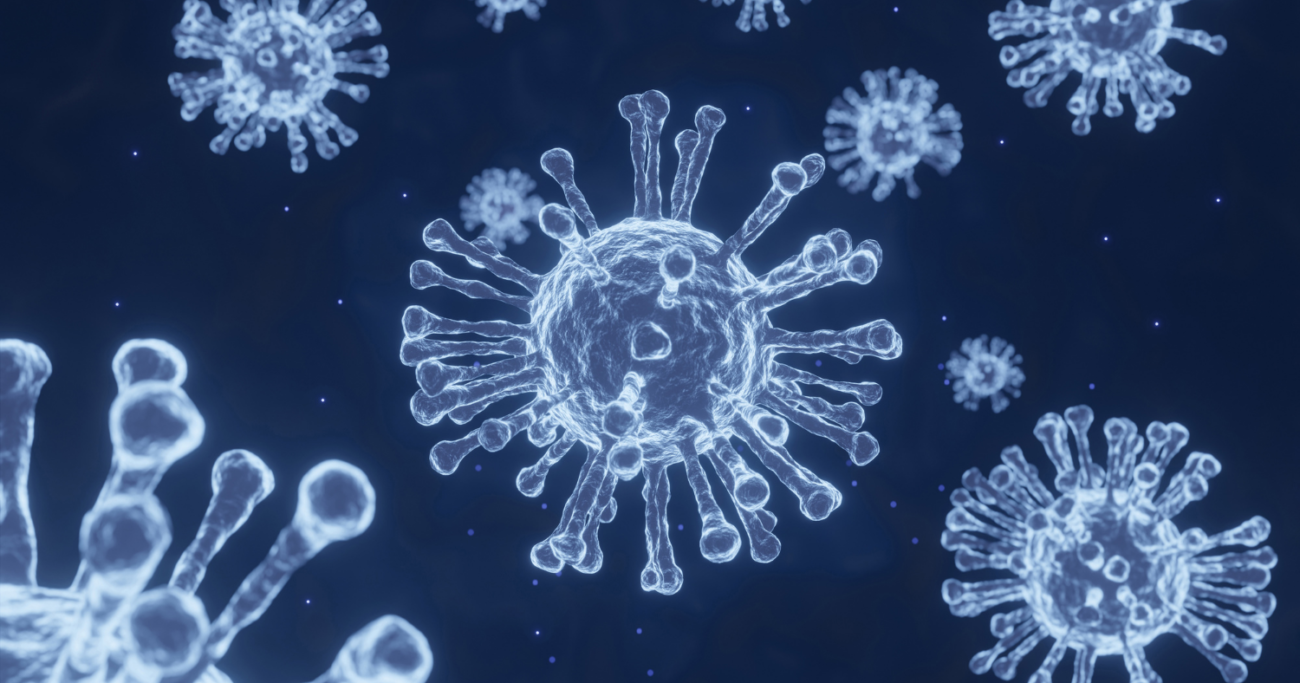